Turf diseases are the enemy of all groundskeepers, but now, thanks to the action of Belrobotics robot mowers, this risk can be reduced! Find out how! 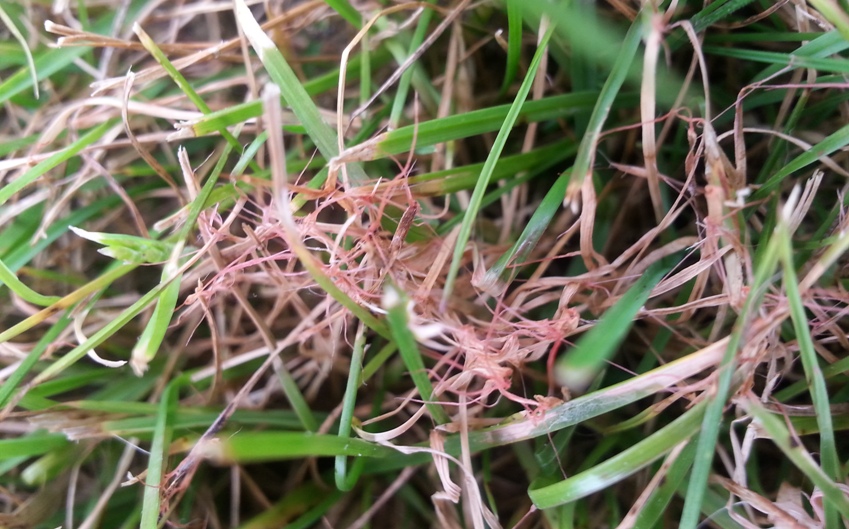 A study conducted by the Sports Turf Research Institute (STRI) shows that robot mowers can be a useful weapon in the fight against various turf diseases. In fact, our Bigmow robot mower helps reduce the impact of diseases caused by turf fungi.

Every groundsperson is keen for their sports turf to be in the best possible condition all year round – so some of their worst enemies are various turf diseases such as blight, grey mould, red thread, Fusarium, Helminthosporium, mildew, Rhizoctonia, and Pythium. Most of the time, these diseases will disappear after applying an anti-fungal treatment, but unfortunately, treating them this way does not eliminate the cause of the problem.

What causes an outbreak of a turf disease?

Many of these diseases are fungal in origin and develop when certain factors that favour fungi growth are combined. That’s why simply treating the disease will not suffice: to eradicate it permanently, you need to eliminate the factors that led to its emergence. Red thread (Laetisaria fuciformis), for instance, is a turf disease which manifests itself through the appearance of red threads, mycelium, between the blades of grass, attacking the turf clump by clump. Dampness, lack of nitrogen, an excessive amount of uncollected grass cuttings or poor aeration of the upper layer are all factors which can encourage this fungus to develop.

How effective are robot mowers against turf diseases?

An STRI study conducted between March and November 2010 at the Bingley St. Ives Estate demonstrated that the use of robot mowers can limit the spread of a disease. This study compared the different results obtained with a cylinder mower and a Bigmow automatic robot mower, which were both tested on two similar areas of turf each measuring 10 x 25 metres.

Among the various factors studied, one category looked at diseases. And the results showed that, in June 2010, when the two areas were attacked by red thread, the area where the Bigmow robot mower was used displayed far less of the disease than the area cut with the standard mower. Although this study relates only to red thread, it is possible to make a link between better resistance to disease and other factors found in the study; for instance, the Bigmow also achieved better uniformity and neatness in its area. What’s more, the excessive build-up of grass cuttings and poor aeration, both factors in the outbreak of red thread, are avoided thanks to high-quality mulching.

It’s a time-saver and an investment that quickly pays off, as well as offering greater resistance against diseases! Robot mowers have so many advantages! Don’t hesitate to contact our teams for more information and to find out about our different robot mower models.