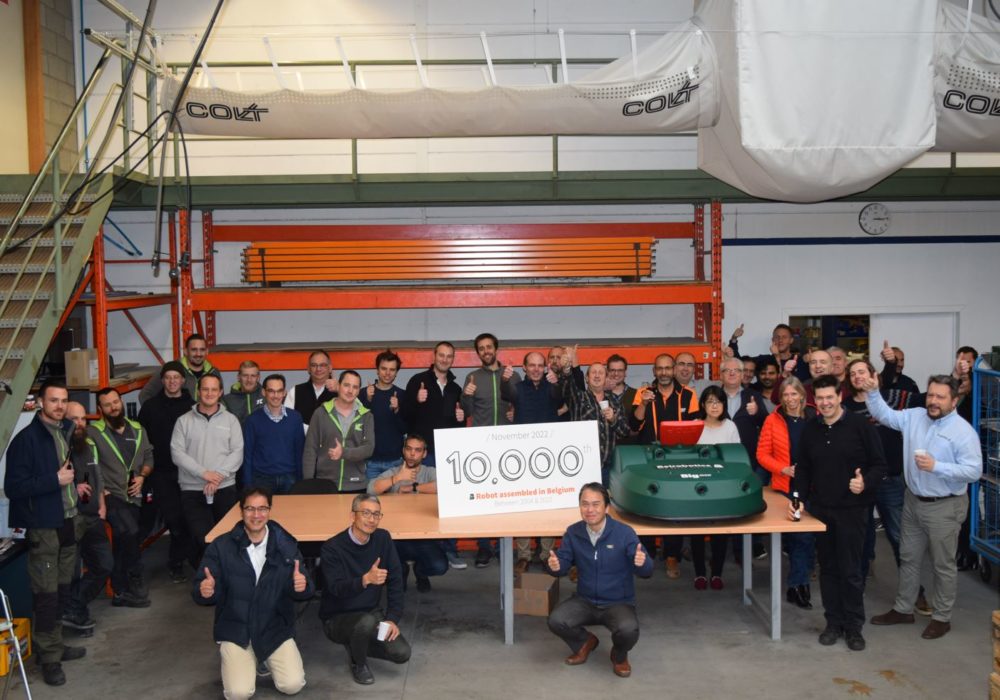 The robot revolution is underway: Belrobotics, a pioneer in the garden robot sector, has just completed production of its 10,000th robot in its workshops in Wavre. Founded in 2002, the company located in Walloon Brabant has continued to grow and convince more and more companies, municipalities and sports clubs around the world of the quality of its products. With this growth, however, it is not resting on its laurels and continues to invest, develop and improve its robots. The revolution is underway and is not about to stop.

Robot mowers by pros and for pros

Unlike many garden robot producers, Belrobotics targets mainly the professional market: football clubs, municipalities, companies and large properties. With the Ballpicker (which picks up golf balls automatically), the Parcmow and the Bigmow, Belrobotics targets (very) large courses. For example, the new GPS-RTK version of the Bigmow, the big brother in the Belrobotics robot family, can mow up to 75,000 m² per day and in stripes. That’s a minimum of 7 professional football fields per day!

Anyway, this impressive mowing capacity is not achieved at the expense of quality. The typical Belrobotics customer needs, without any concession, grass cut to perfection to make an English golfer green with envy. According to the feedback of many customers, the challenge is met brilliantly by the robots’ multiple cutting blades.

Made-in-Belgium quality with a Japanese touch

Faced with such expectations, quality is a key concern. That’s why, since the beginnings of Belrobotics, robots have been conceived, designed, developed and tested by teams of engineers in Wavre. The team also works with several close suppliers such as Yamabiko for the production of certain elements of the robots (e.g., chassis, sonar and batteries).

Armed with their experience gained throughout the development of thousands of robots, the teams are far from resting on their achievements and continue tirelessly to improve the capabilities of robot lawn mowers while offering new features. This research and development capacity is also made possible by partnerships with research centres in Belgian universities, and thanks to the Research Centre in Yamabiko, Japan.

Recent years have brought many advances. The robots’ blade heads have been improved. The ability to mow in fleet. The coming of the GPS-RTK range, allowing strip mowing and tripling mowing capacity – an application that’s always more useful for professionals, etc. Things are not about to stop, and Belrobotics is already preparing its future improvements. No wonder the company in Walloon Brabant is one of the market leaders, exporting all over the world! 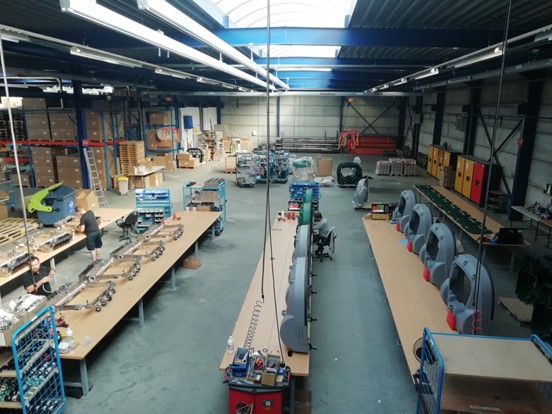 The success of robot lawn mowers for professionals can sometimes surprise an uninformed public. However, the arguments are legion:

So, for many professionals, Belrobotics robots and their quality meet real needs and allow them to make their lives easier with a clear and calculable return on investment.

Ten thousand robots today and many more in the future!